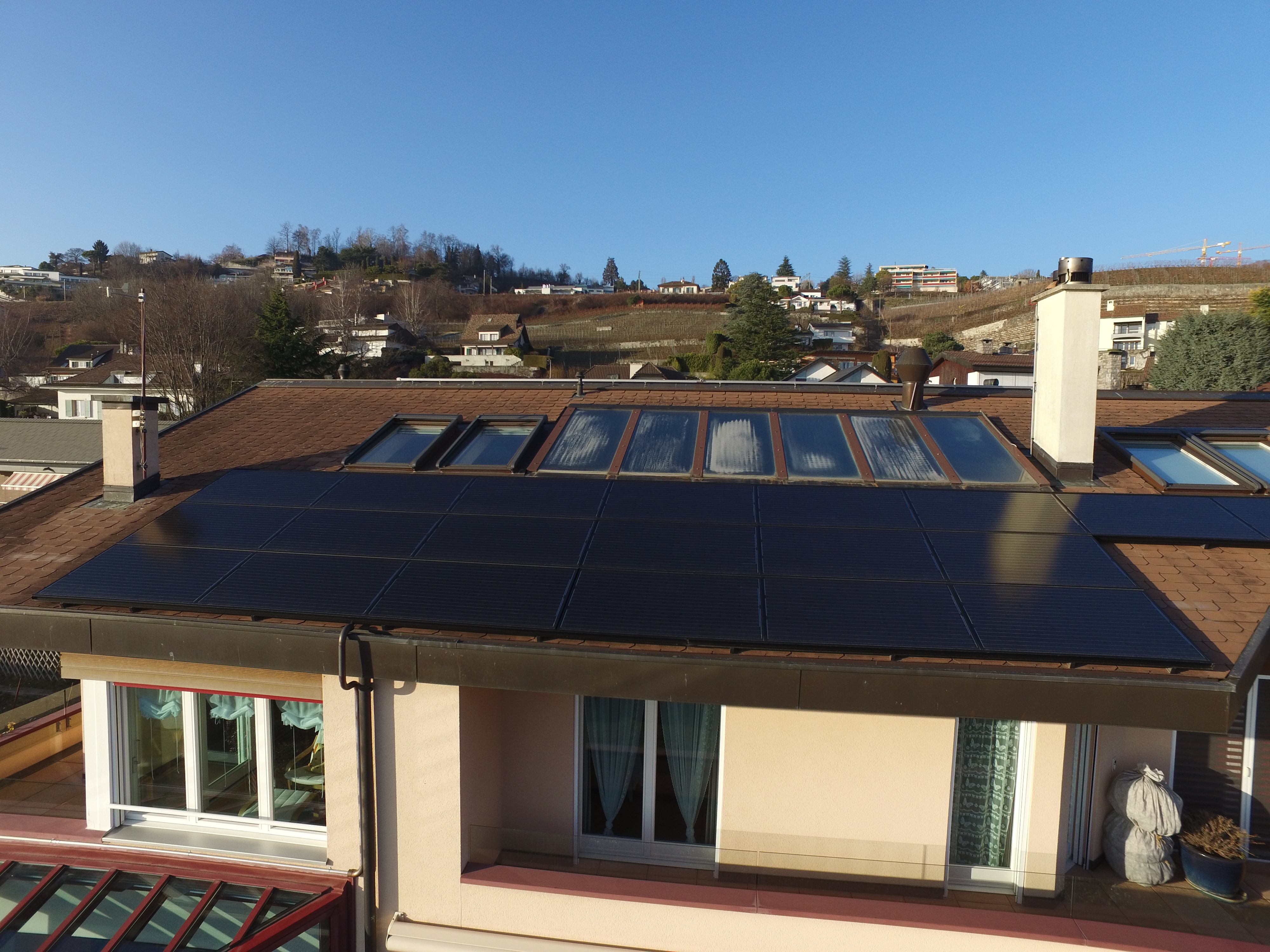 An orthplane is an orthomosaic (or orthorectified image) from a facade of a building or any other vertical or angled object that has a more or less planar surface, examples: roofs, solar panels, bridge pillar,…

And what is an orthomosaic?
An orthomosaic is an image that has been corrected for optical distortions from the sensor system, apparent changes in the position of ground objects caused by the perspective of the sensor view angle and ground terrain.

In photogrammetry, an orthomosaic is created using dozen if not hundreds of pictures taken close to the subject to attain resolutions between 5cm/pixel down to 0.1cm/pixel. Pictures are then linked together by the software via keypoints, plus sensor data optimization, precise picture location and orientation determination.
Next, keypoints are used to reconstruct the scanned object in 3D in a Point Cloud. From that Point Cloud, a 3D surface can be computed such as the interactive Mesh below.
Deriving from the previous steps, the Digital Surface Model and the Orthomosaic can finally be constructed

The two main advantages of orthorectifed image are: high resolution and correction for optical distortion.
This means that an orthorectified image can be used in a GIS software and accurately overlaid with other data layers. Furthermore, accurate measurements can be performed on the image.

In contrast, if only one conventional picture was used, it would have to be taken high above the terrain so that everything were in frame, hence drastically limiting the resolution. And no accurate measurements can be performed because of distortion

This website uses cookies to improve your experience while you navigate through the website. Out of these, the cookies that are categorized as necessary are stored on your browser as they are essential for the working of basic functionalities of the website. We also use third-party cookies that help us analyze and understand how you use this website. These cookies will be stored in your browser only with your consent. You also have the option to opt-out of these cookies. But opting out of some of these cookies may affect your browsing experience.
Necessary Always Enabled
Necessary cookies are absolutely essential for the website to function properly. These cookies ensure basic functionalities and security features of the website, anonymously.
Functional
Functional cookies help to perform certain functionalities like sharing the content of the website on social media platforms, collect feedbacks, and other third-party features.
Performance
Performance cookies are used to understand and analyze the key performance indexes of the website which helps in delivering a better user experience for the visitors.
Analytics
Analytical cookies are used to understand how visitors interact with the website. These cookies help provide information on metrics the number of visitors, bounce rate, traffic source, etc.
Advertisement
Advertisement cookies are used to provide visitors with relevant ads and marketing campaigns. These cookies track visitors across websites and collect information to provide customized ads.
Others
Other uncategorized cookies are those that are being analyzed and have not been classified into a category as yet.
SAVE & ACCEPT